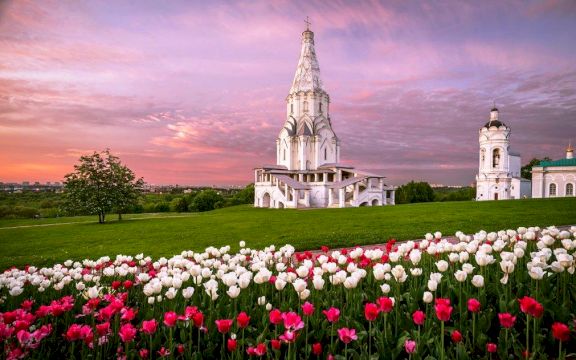 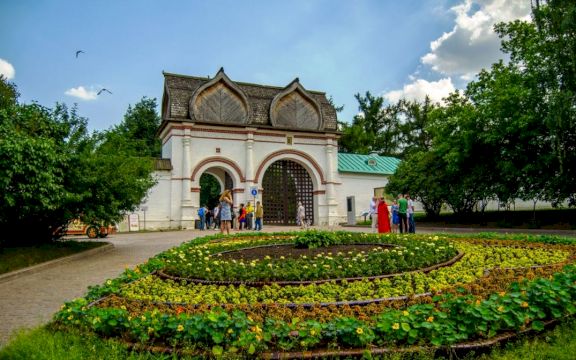 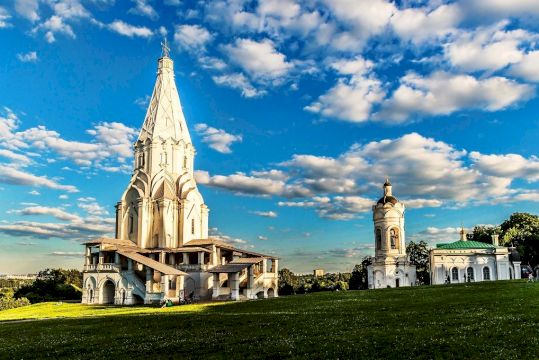 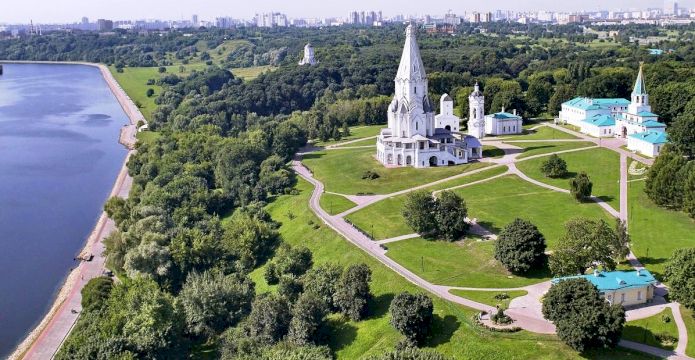 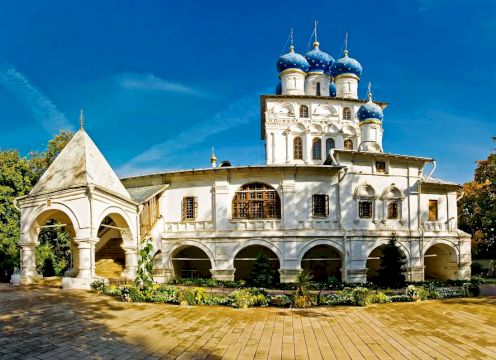 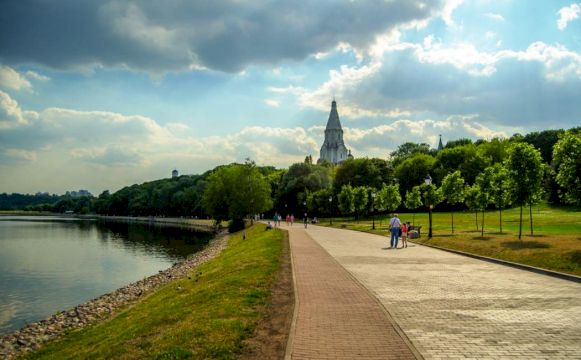 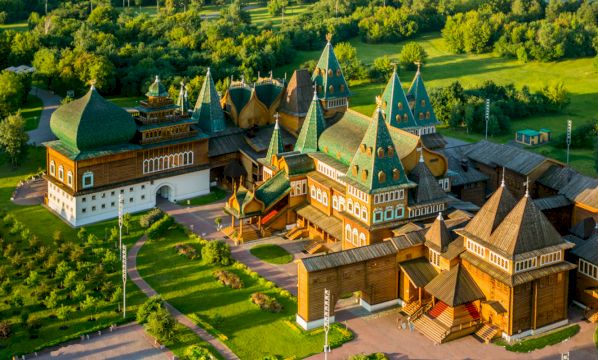 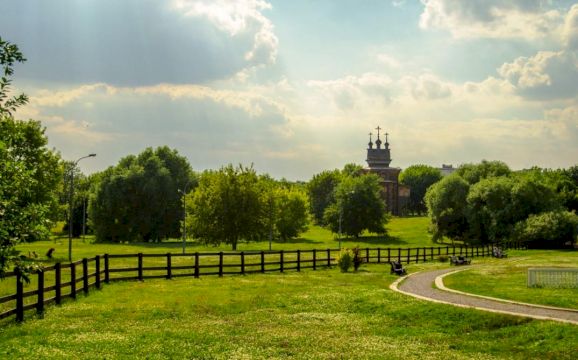 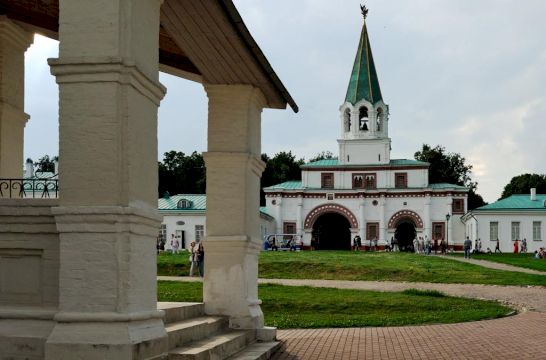 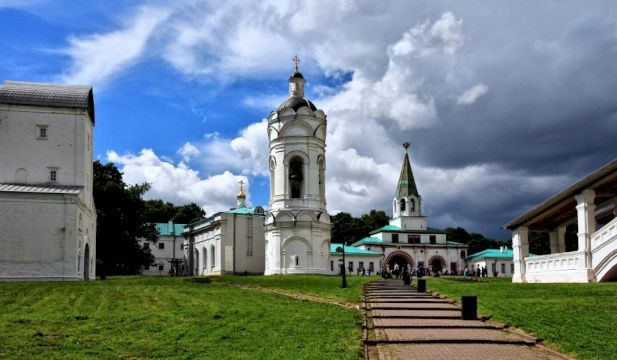 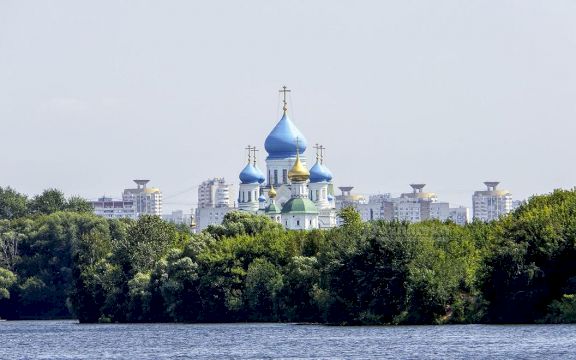 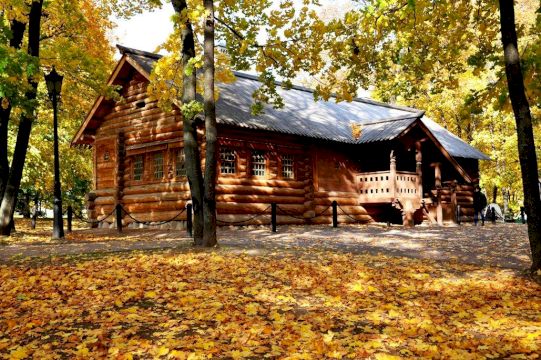 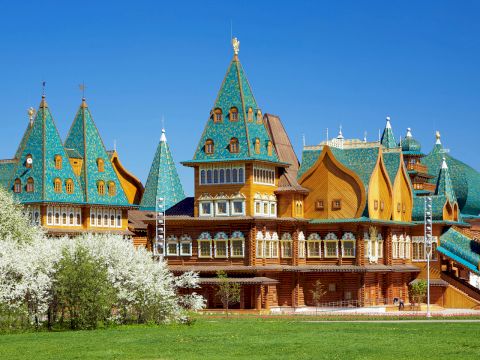 Kolomenskoye is a former Royal estate located in the southern part of Moscow, on the bank of the Moscow River. The estate took its name from the ancient road leading to the town of Kolomna. The first mention of Kolomenskoye village, which dates back from 1339, is found in the testament of the Grand Prince of Moscow, Ivan Kalita.

Beginning from the 15th century, Kolomenskoye served as a summer country residence for the Grand Dukes of Moscow and Russian Tsars. As a result, the area has a rich architectural heritage. Perhaps the most important attraction is the Church of the Ascension, which is listed as a UNESCO World Heritage monument. You can see another three architectural landmarks near the church: the St. George the Victorious Bell Tower (C16th), the Water Tower (C17th) and the Hunting Pavilion (C19th).

In 1923, an open-air museum of historic wooden architecture was created in the grounds of the park. Wooden buildings from the 17th - 18th centuries were brought from all over Russia and re-erected here. You can see a meadery from the village of Preobrazhenskoe, the tower of the Bratsk prison from Siberia, the gate tower of Nicholas-Karelian Monastery from the White Sea coast, and the house of Peter I from Arkhangelsk. Here you can, in a sense, travel to distant regions of Russia without leaving Moscow.

The park’s museum houses over two thousand Russian paintings from the 15th - 17th centuries, fragments of wood and stone carving and examples of the decorations of Moscow buildings that have now been lost, as well as many other historical objects.

Possibly the most popular highlight of the park is both old and new the reconstructed wooden palace of Tsar Alexei. The original palace was constructed in the 17th century, and was known as the ‘eighth wonder of the world’, but it fell into disrepair and Catherine the Great had it demolished. It was reconstructed according to the original plans in 2011, and now visitors can see this extraordinary building in all its glory. They can also rent costumes in the palace and pose for photos dressed as members of Tsar Alexei’s court.

Book
Meeting point
We'll pick you up at your hotel (please let us know if you prefer a different meeting point).
How to get there?
Please make sure you are in your hotel's lobby for the tour at the agreed time, we'll take of the rest!
Important information
Photography and video recording are allowed during the tour. The tour takes place outside, so please dress according to the weather.