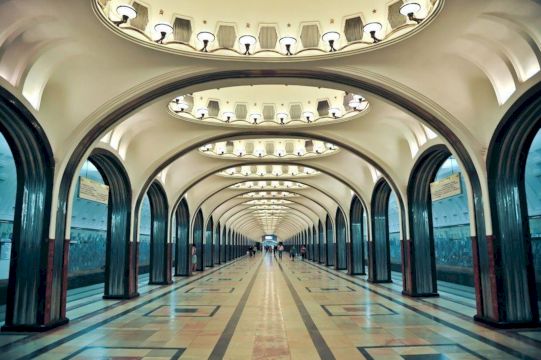 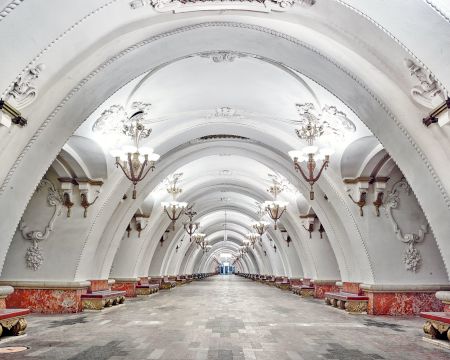 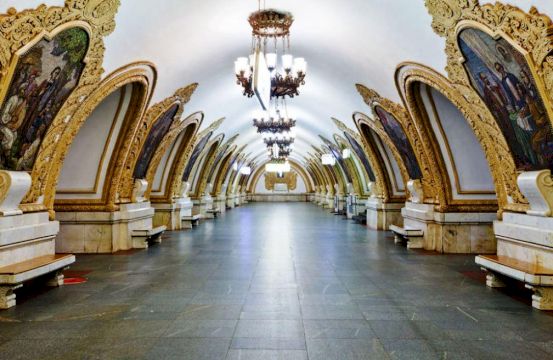 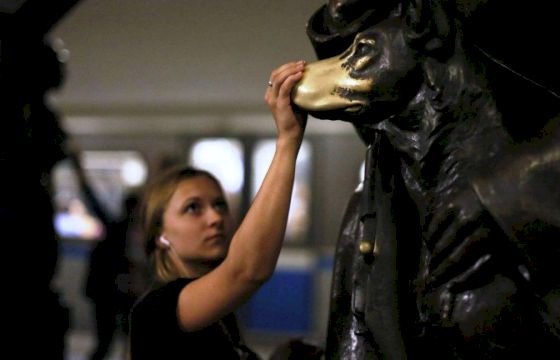 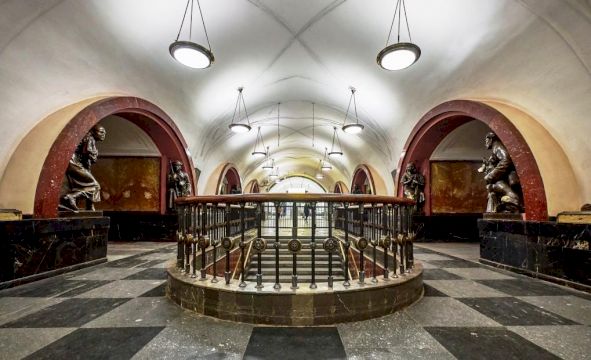 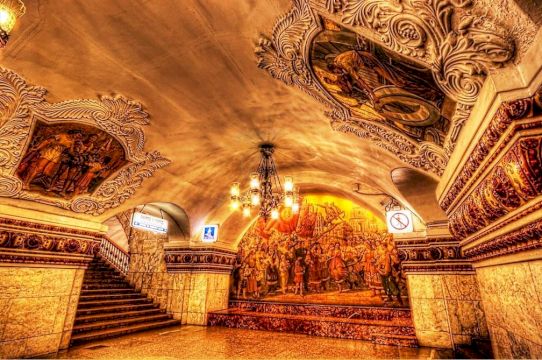 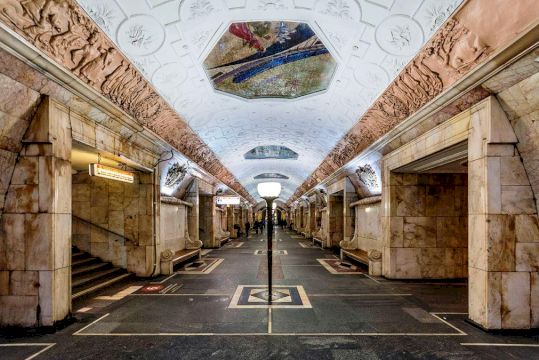 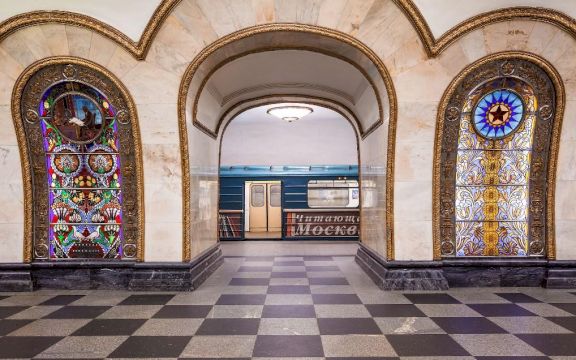 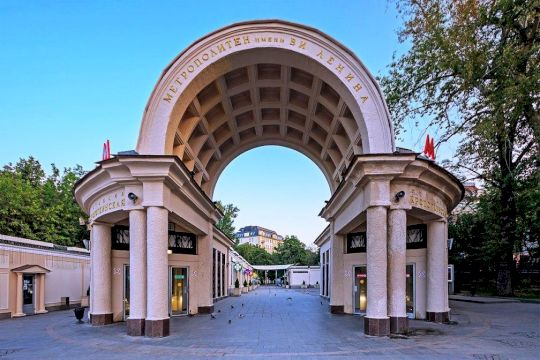 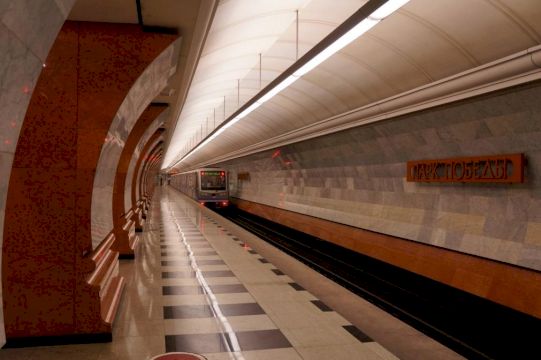 This 1.5 hour walking tour will take you around Moscow’s most spectacular Soviet-era metro stations. Often considered to be the most beautiful metro system in the world, it is also one of the busiest. The first Metro line, the Red line, was opened in 1935. It had just 13 stations, and ran between Gorky Park and Sokolniky Park. The Moscow Metro now has more than 210 stations.

An expert guide will tell you how the Moscow Metro was built as a palace for the people, and show you how this new form of underground architecture was designed to express a bright, optimistic and bold new Soviet future. During the Great Patriotic War the stations served as air raid shelters, and the new, even grander, stations built after 1945 celebrated different aspects of the Soviet victory in the war.

Admire the extravagant décor of the stations - the chandeliers, gold and marble, the giant bronze sculptures in Revolution Square station, the stained glass in Novoslobodskaya station and the iconic mosaics and futuristic steel arches in Mayakovskaya station. You will also hear about the sinister Metro-2, a secret tunnel network that is said to run parallel to the main system. Moscow metro tours don’t come any better than this!

What you can expect:

How to get there?
Please make sure you are in your hotel's lobby for the tour at the agreed time, we'll take of the rest!
Important information
The order of the stations may differ during the actual tour. Photography and video recording are allowed during the tour.