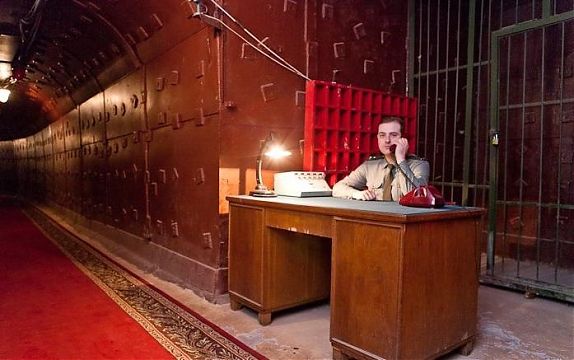 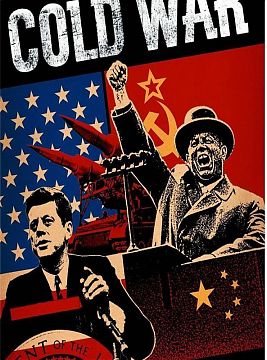 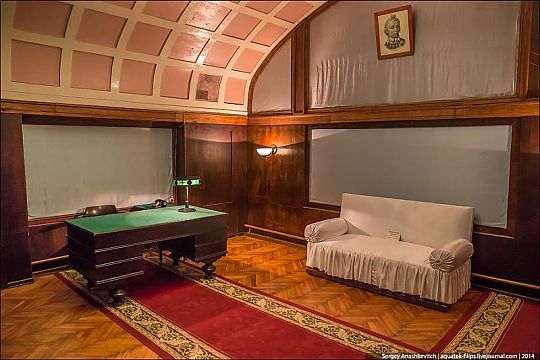 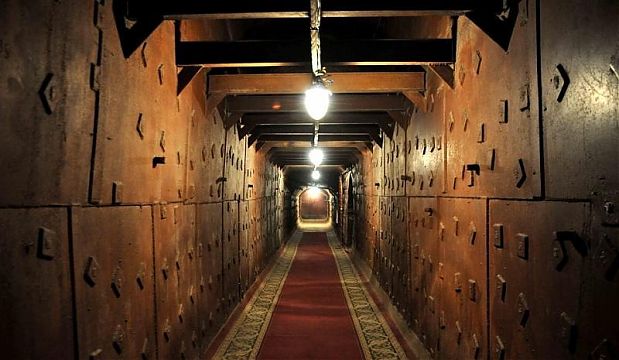 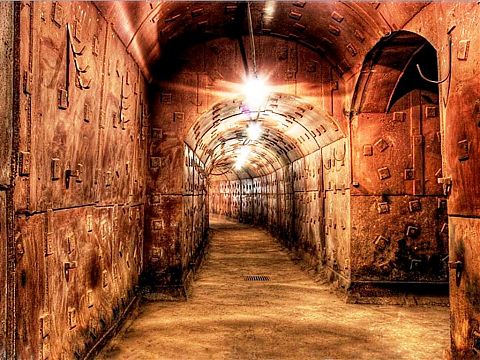 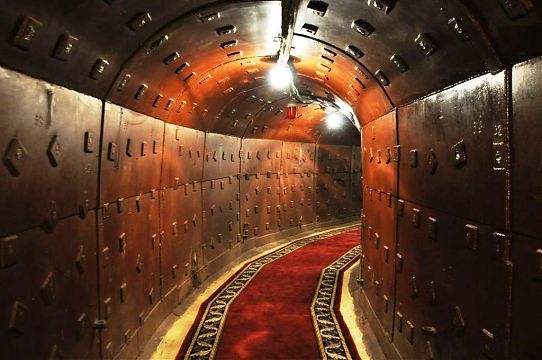 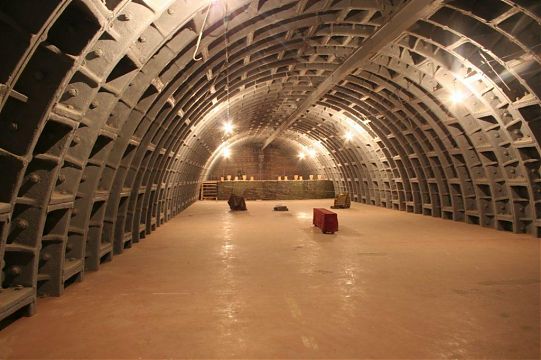 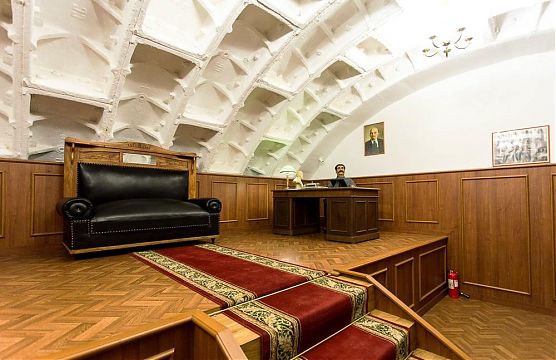 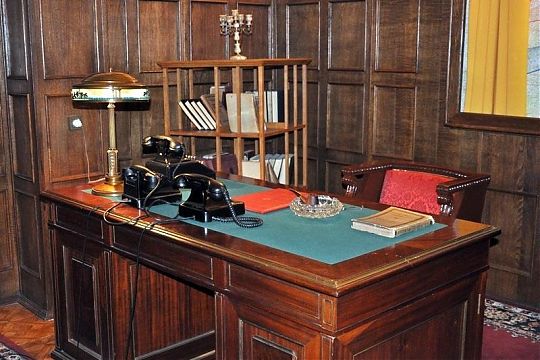 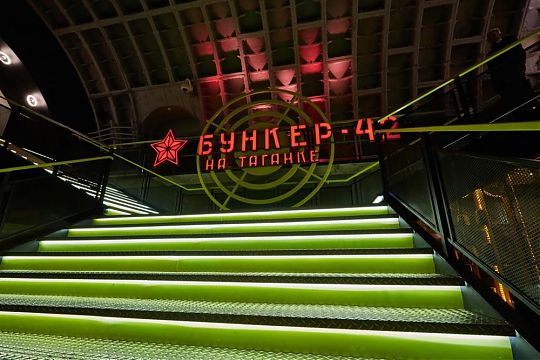 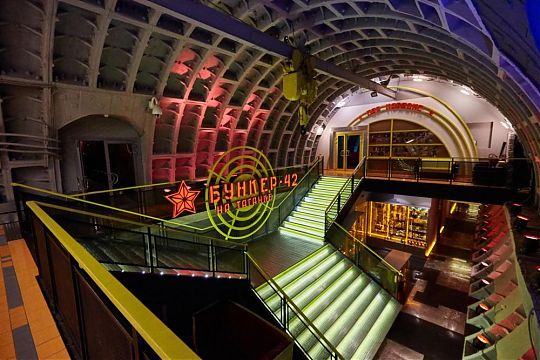 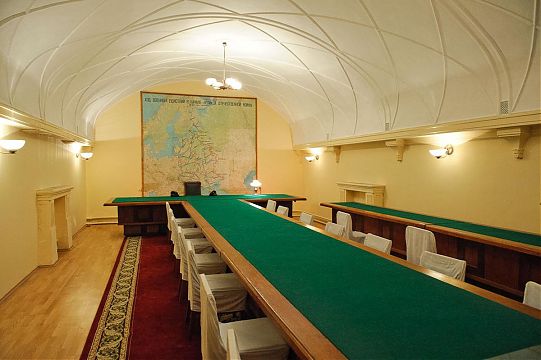 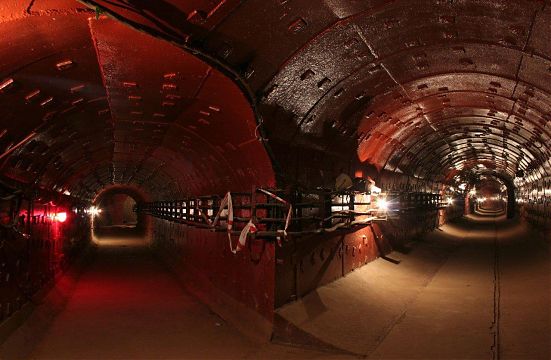 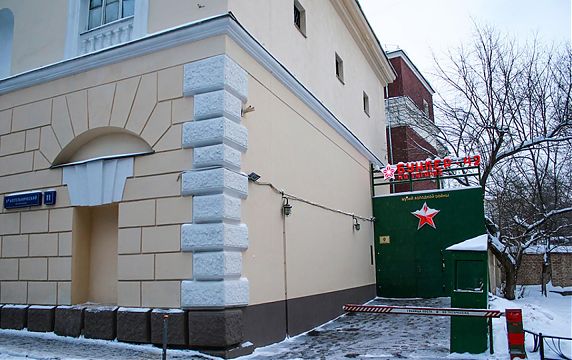 The "Bunker 42" is a Cold War Museum, located in the center of Moscow. Today you can tour the facilities and learn about the historical nuclear confrontation between the two superpowers: the Soviet Union and the United States.

This object was built as a shelter for the Headquarters of Long-Distance Air Forces. It is located 200 feet below and occupies an area of 75,000 square feet. In the ‘60s, the bunker was equipped with life-support systems, supplies of water and food enough to support the officers for a long time, but in the ‘80s its condition deteriorated, and in 1995 it was declassified. By that time, steel coating on the walls and hermetic doors were the only original objects left in the whole bunker.

Nevertheless, the object is very interesting. Its main entrance shaft, that has an elevator leading down to the bunker grounds, is protected with a 20-feet thick concrete cap, hidden inside a fake 19th century house with blank windows. This cap protects the shaft from a nuclear explosion wave and can withstand a direct hit of an aerial bomb.

Visitors will have a unique opportunity to see such rarities as Soviet radios, chemical protective suits, an old Geiger counter, Soviet posters and more.

Meeting point
We'll pick you up at your hotel (please let us know if you prefer a different meeting point).

How to get there?
Please make sure you are in your hotel's lobby for the tour at the agreed time, we'll take of the rest!
Important information
Photography and video recording are allowed during the tour.
You will need to walk 65 meters down and UP the stairs. Lift is available for the physically impaired.