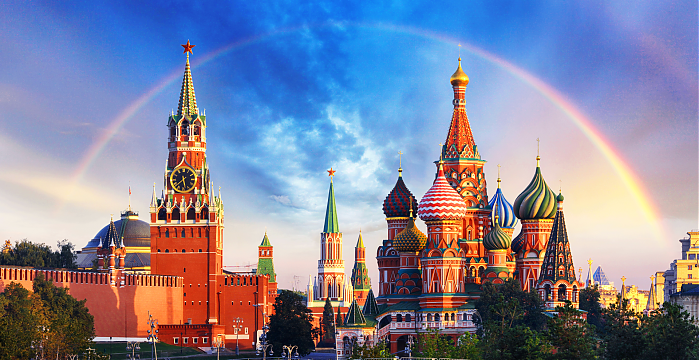 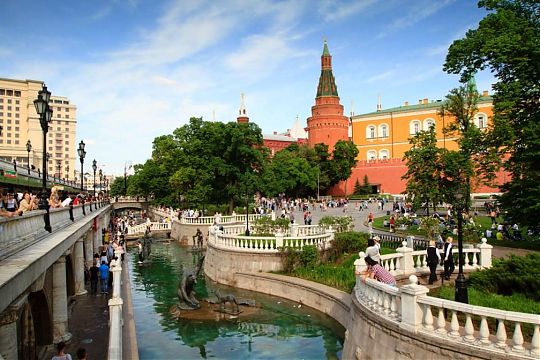 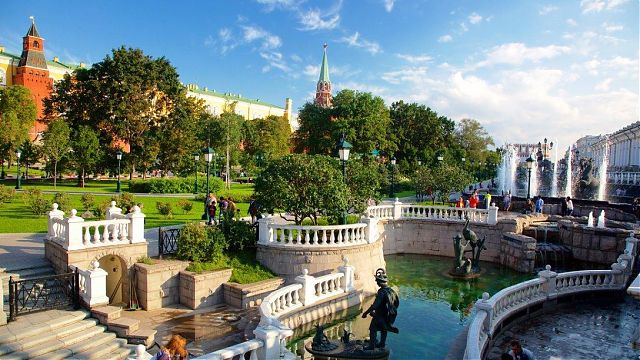 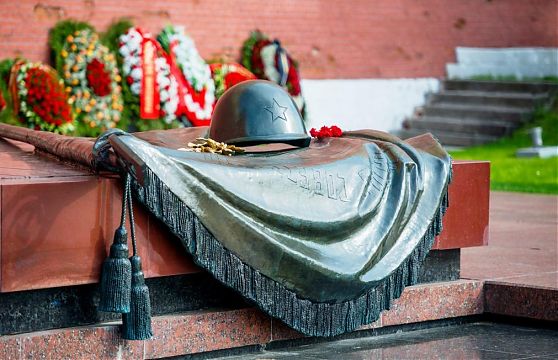 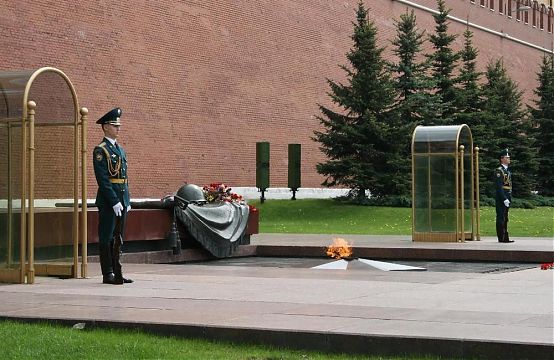 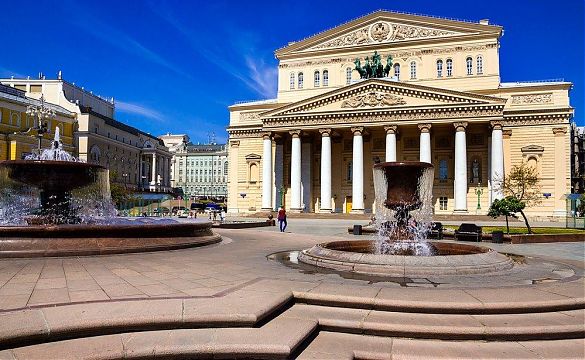 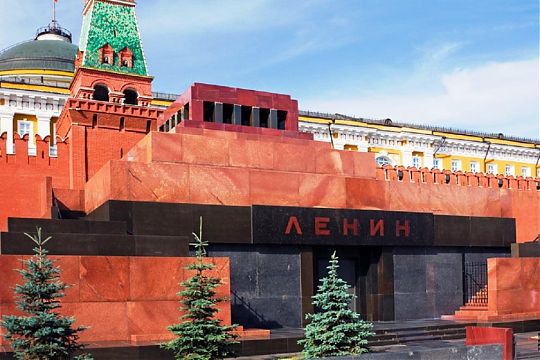 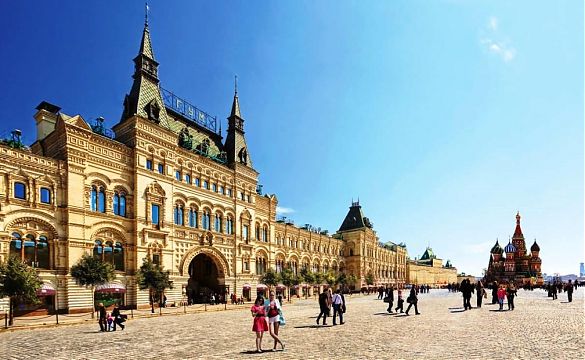 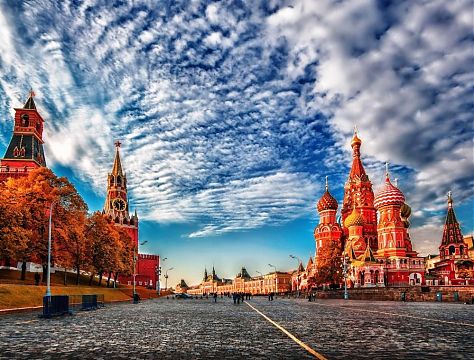 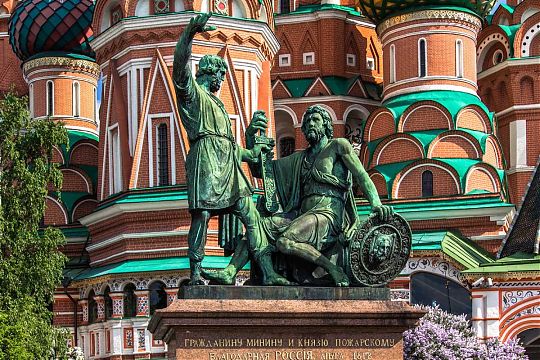 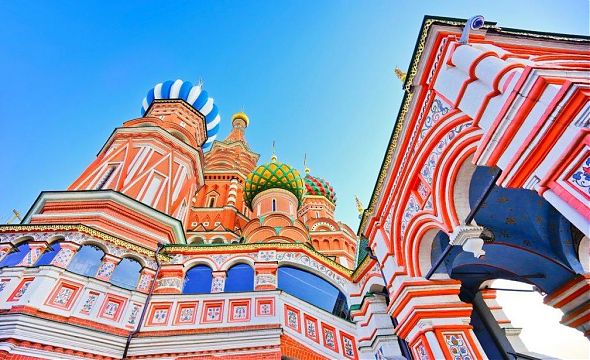 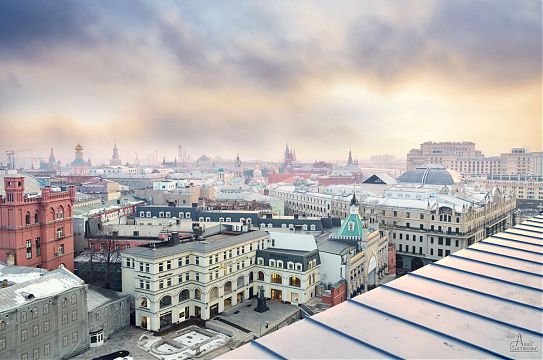 The Historic Centre: Walk Across the Centuries

Embrace the delightful architecture and the incredible history of Moscow's central streets and squares. Discover the most remarkable monuments and stories together with our most experienced guides! The highlights of the walk will include:
- visit to the Alexander Garden, with its many monuments to significant people and places in the history of Russia,
- watch the ceremony of the changing of the guard at the Tomb of the Unknown Soldier,
- Red Square with the 'postcard' scenery, including the Kremlin wall and the colourful St.Basil’s Cathedral,
- Lenin’s mausoleum - a masterpiece of Constructivist design, the elaborate State Historical Museum and GUM - the famous 19th-century department store.

The walk will go on towards the Four Seasons hotel, formerly known as 'Moskva', which was recently rebuilt from scratch still completely matching the original design of 1935. You will see the State Duma building - the parliament of the Russian Federation. This is also the place where Moscow's most glamorous Tverskaya Street starts, heading all the way to St.Petersburg!
At Teatralnaya Square the guide will share interesting details about the Bolshoi Theatre, the grandeur of the Metropol hotel, monument to Karl Marx.
Further on to Lubyanskaya Square with the formidable KGB (now FSB) building. Selfie in front of the-most-feared-secret-service-in-world HQ?

We'll end the tour on the observation deck on the top floor of the Central Children's Store, where a great view of Moscow's downtown opens before your eyes.

Enter the number of people and desired date to calculate the cost of the tour. We will run it for you individually on the date and time you specify!
=
Select date and time

Meeting point
We'll pick you up at your hotel (please let us know if you prefer a different meeting point).

How to get there?
Please make sure you are in your hotel's lobby for the tour at the agreed time, we'll take of the rest!
Important information
Photography and video recording are encouraged during the tour!
Please dress for the weather.

By continuing to use this website, you consent to the processing of cookies; user data is used for the purposes of the site functioning, retargeting and statistical research and reviews.
Tour in a different language