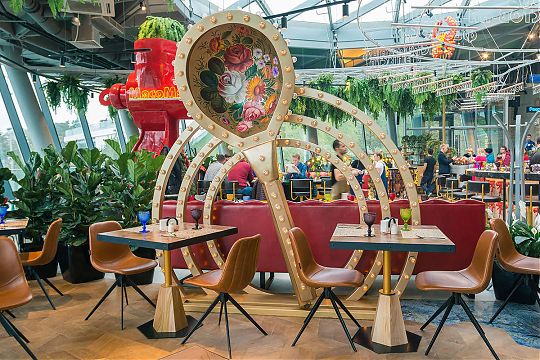 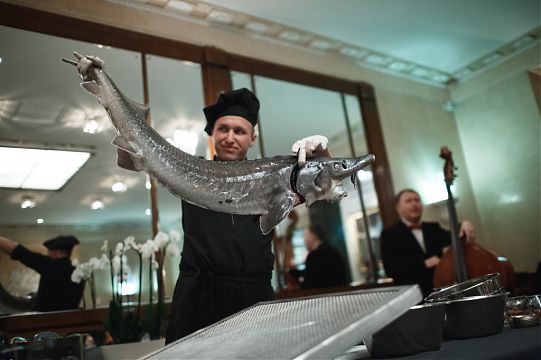 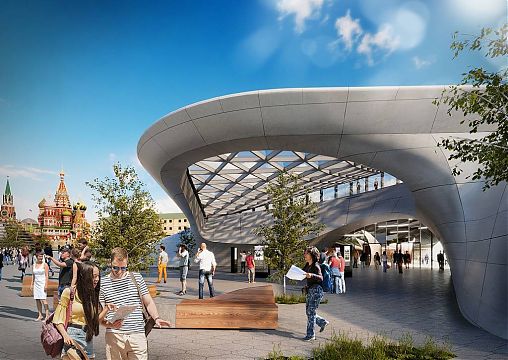 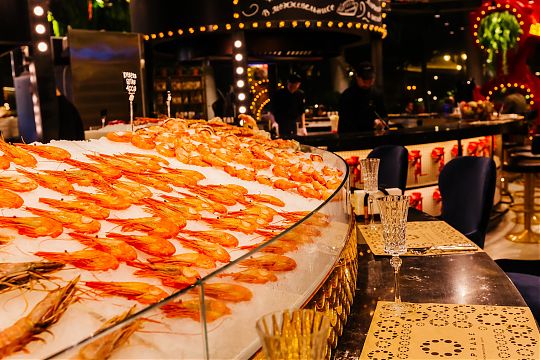 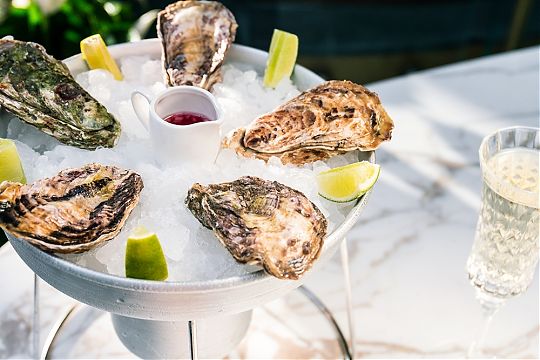 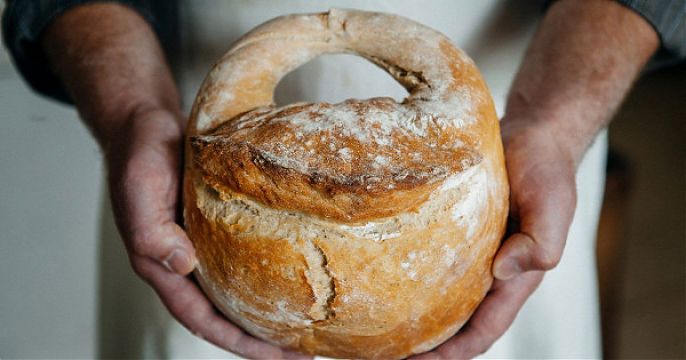 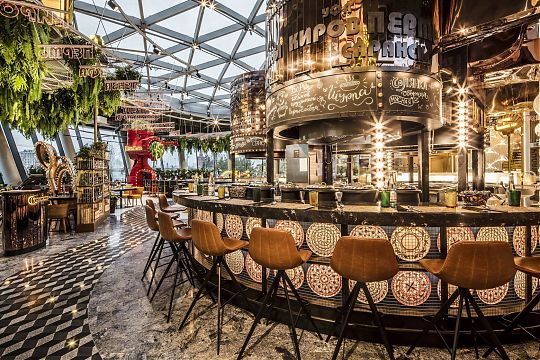 This three-hour walking tour will take you around the historic centre, ending with a gastronomic surprise in the city’s new Zaryadye Park, next to the Kremlin.

Throughout the excursion you will have numerous opportunities to discover different aspects of Moscow’s rich and varied culinary heritage.

In this excursion you will:

Learn about Moscow’s restaurant scene, past and present

Work up an appetite, by exploring one of the Europe’s newest and most exciting parks, listed by Time Magazine as one of the World’s Greatest Places 2018

Enjoy a fine meal and learn as you eat

You will find out:

What the phrase “Na pososhok” means

Who, according to one of Moscow’s top hotels, rank among the greatest gourmands, or “foodies” of the 20th Century

Where, and how, menus come to life

Which shop used to be known, in Soviet times, as “Gastronom No. 1”, and why.

Who was known as the King of Moscow’s Bakers

What two letters serve as a guarantee of fine-quality food, and where you will see them

In this exciting gastronomical quest around the historic centre of Moscow you will have to solve a range of different challenges, using the clues provided, which will lead you to the restaurant where you will dine, and also reveal a tasty surprise!

Meeting point
We'll pick you up at your hotel (please let us know if you prefer a different meeting point).
How to get there?
Please make sure you are in your hotel's lobby for the tour at the agreed time, we'll take care of the rest!
Important information
Please dress for the weather.