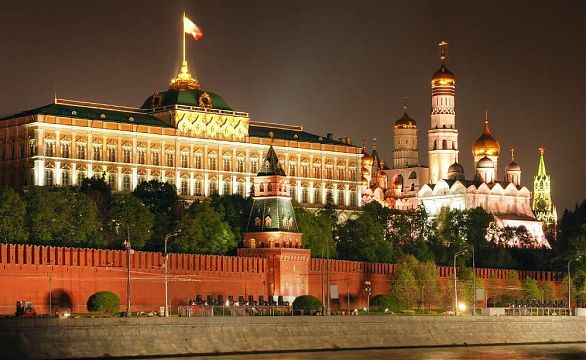 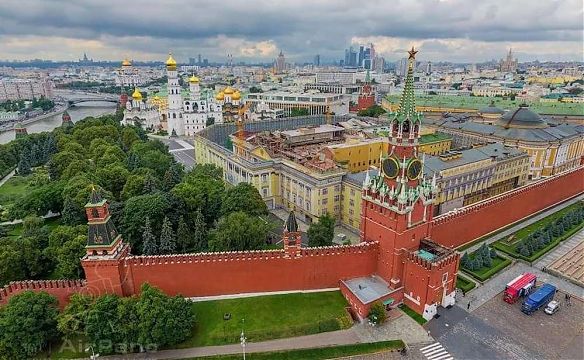 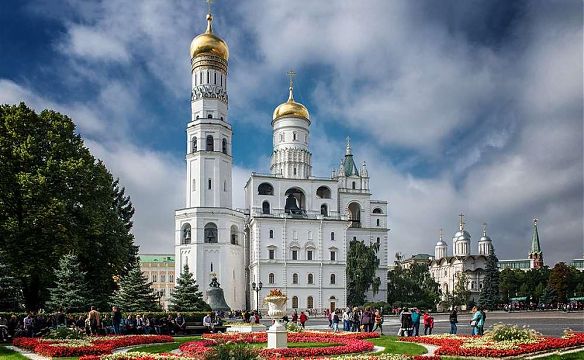 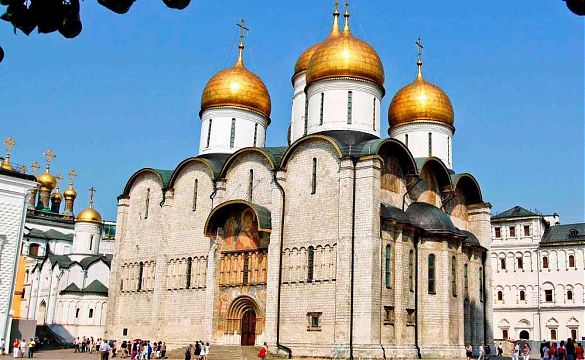 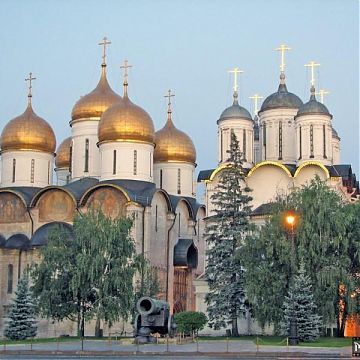 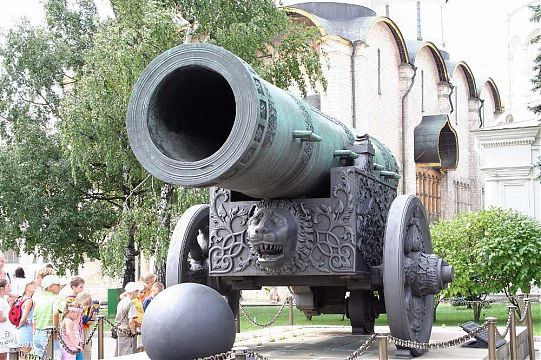 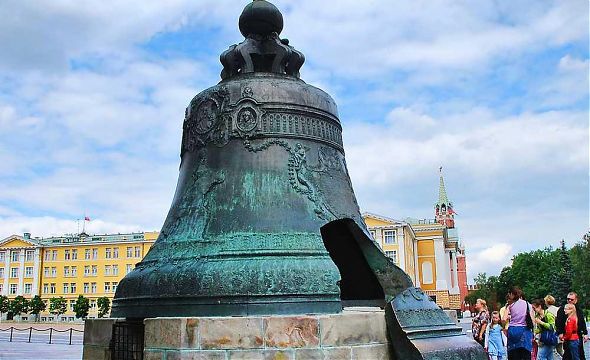 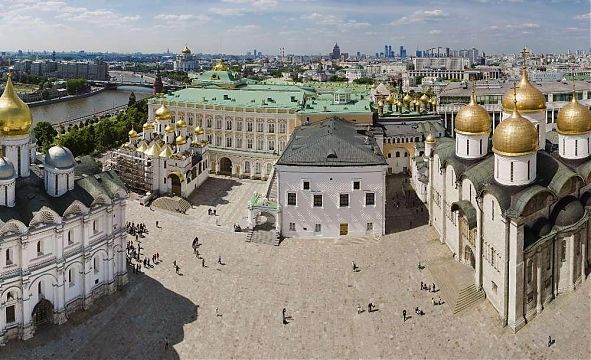 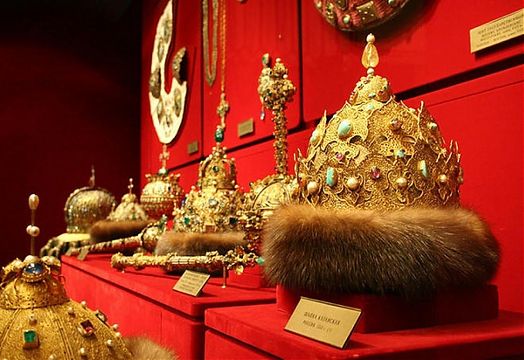 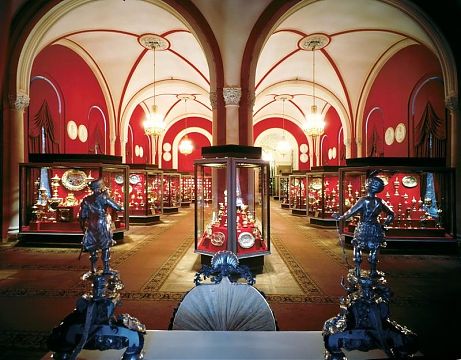 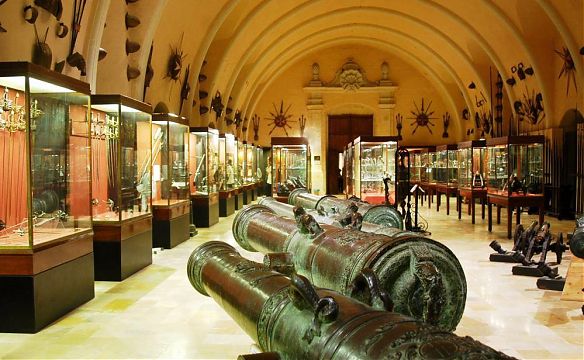 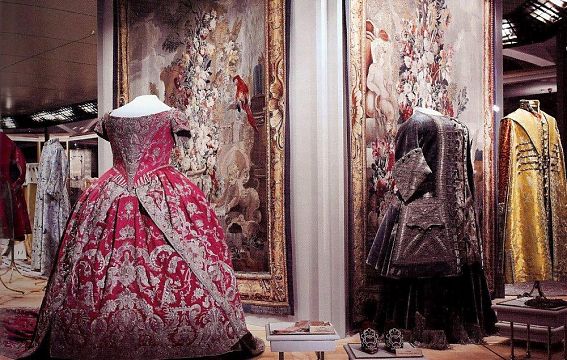 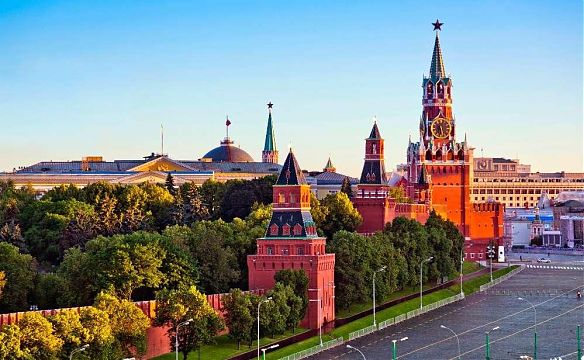 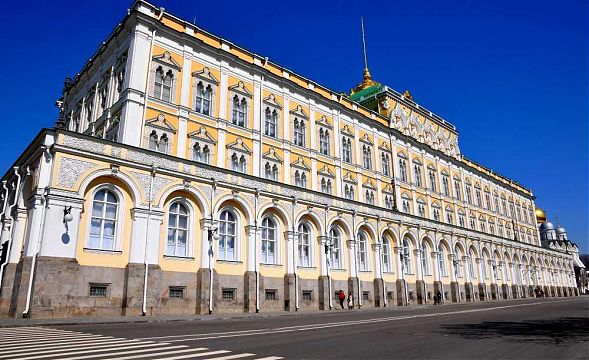 You will learn about the Kremlin’s rich history and learn about how it has developed over eight centuries, from its origin as a wooden fortress. The Kremlin’s architecture reflects the country’s history: the 15th-century walls, the magnificent 16th- and 17th-century cathedrals, the 18th-century Arsenal and Senate, the majestic 19th-century Grand Kremlin Palace and Armoury, and the huge Palace of Congresses, built during the Soviet period. On this guided walking tour you will see the territory of the Kremlin, including the famous Tsar Bell and Tsar Cannon - the largest bell and cannon in the world. The main focus of the tour is a visit to the Armoury Chamber - Moscow’s first, and possibly its most important museum.

The Armoury Chamber was built in 1851, along with the Grand Kremlin Palace, but its history goes back much further than that. It was Peter the Great who decided to merge the Kremlin’s collection of armour and weapons with the Treasury of the Russian Tsars, and the Armoury, as the collection became known, was opened to the public as Moscow’s first museum in the early 19th century. After the Revolution many religious treasures were added to the collection and it now includes more than 4,000 items.

Enthusiasts of military history will be fascinated by the unique collection of historical armour and weapons, many of which date back to Russia’s medieval wars with the Golden Horde. The precious religious artifacts and the royal treasure are witnesses to the Kremlin’s past as Russia’s spiritual centre, where generations of Tsars were crowned and buried. Visitors will admire the grand state carriages used by the Tsars, elaborate ceremonial costumes, Russia’s ancient state regalia including the famous Monomakh Cap, and the jewelled Faberge eggs collected by the family of Nicholas II, the last Tsar. And much more - the Kremlin Armoury is a real treasure-house of gold, silver, jewellery and applied arts.

Highlights of the tour:

Join us, you will certainly not regret it!

Meeting point
Please make sure you are in your hotel's lobby for the tour at the agreed time, we'll take of the rest!