Widely known as the unofficial 'Summer Capital' of Russia, or the Black Sea Pearl, Sochi is the country's biggest and busiest summer sea resort, attracting more than four million visitors annually with its amazing mountainous coastline, endless shingle beaches, warm sunny days, and bustling nightlife. From May to September Sochi's population at least doubles with tourists, including celebrities and the political elite of the country. International travellers, however, make up a very small percentage of that crowd, somehow even the unique location of the place doesn't help.

The Larger Sochi stretches for150 km between Caucasian foothills to Black Sea coast: from the river Shepsi on the North-West to the river Psou on the South-East. 4 main districts constitute the resort: Adlerskiy, Hostinskiy, Central and Lazarevskiy, each of them an independent recreational zone with essential climatic differences between them.

Adlerskiy district of Sochi (Adler) is situated between two rivers – Psou and Kudepsta. It borders Abkhazia on the South-East. The airport "Sochi " is situated in Adler. It includes the famous mountain resort Krasnaya Polyana (Red Glade), which is located 550-600 meters above sea level near the South slope of the Great Caucasian Ridge.

Hostinskiy district (Hosta) stretches for 20 km along the coast from the river Kudepsta to the river Vereshyaginka and is famous for its hydrosulphuric springs.

Central district is the territory between Hostinskiy and Lazarevskiy regions, the historical center of Sochi .In this area also includes The sea port of Sochi, the railway station Sochi, "Riviera" Park.

Lazarevskoye is the main seaside  district, stretching for 109 km along the Black Sea coast. This is where one looks to when searching for beaches. The many rocky gorges, a great variety of rivers and brooks open the picturesque view of the area. 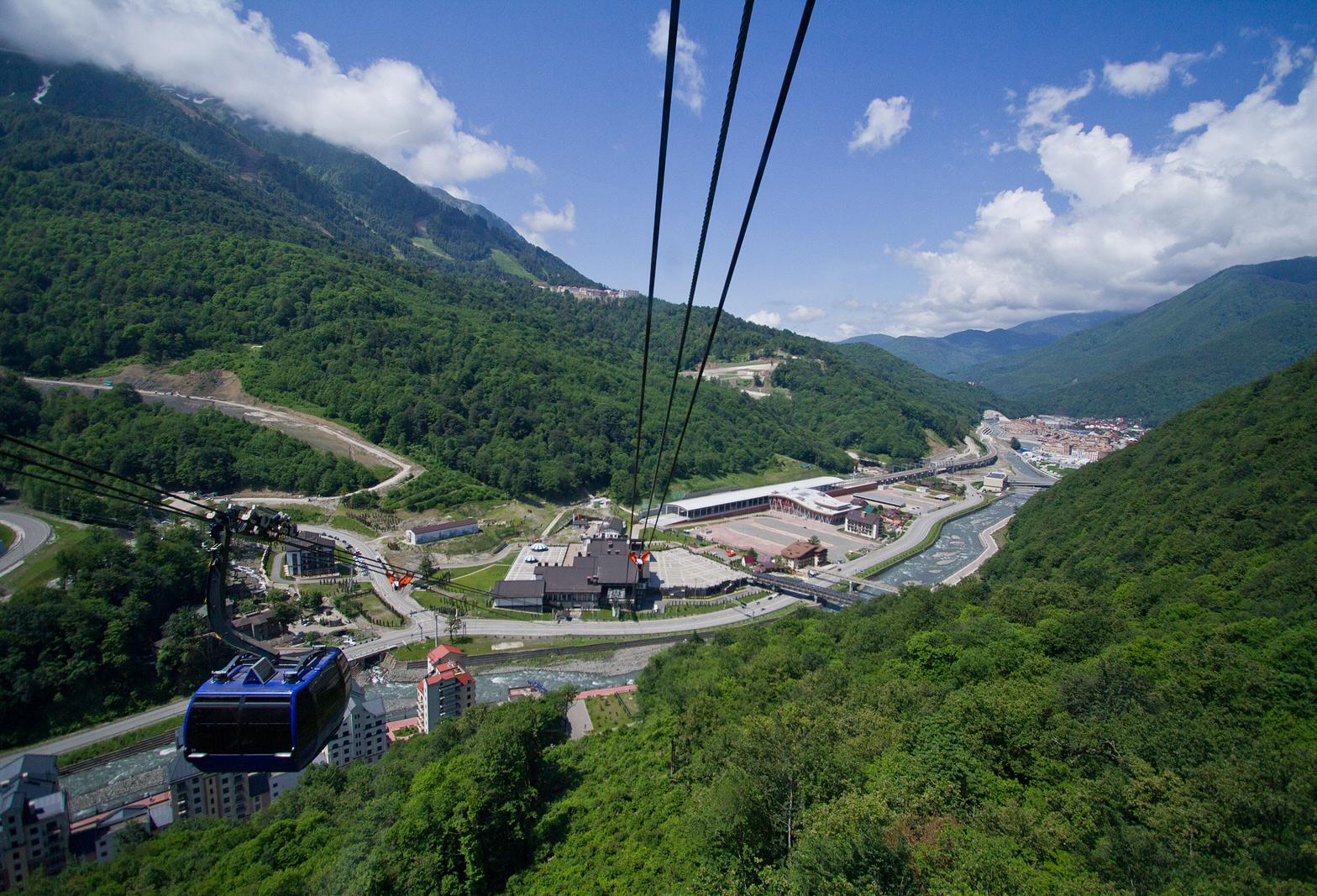 Some ideas of what you can enjoy in Sochi:

The sunny shores and breathtaking mountains of the Greater Sochi are waiting for you!